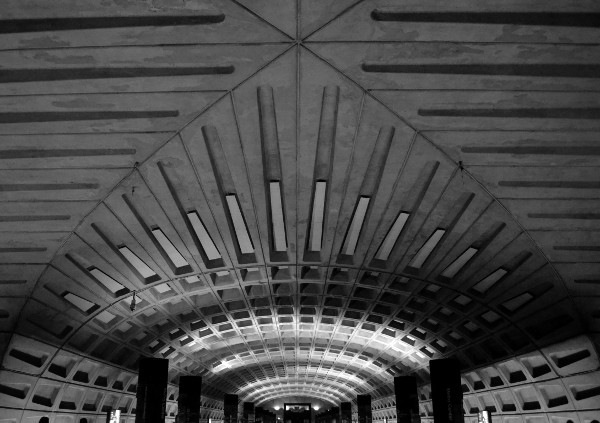 We contend that the Washington Metro is the most iconic and visually progressive subway system in the United States. First built in 1976, this 100-mile network of tunnels includes 28 stations, most of which are the work of architect Harry Weese. These massive, concrete caverns feature an egg carton texture that stretches from one side to the other in a split cylinder design. The walls are out of reach, there are no thick pillars breaking up the view and the whole expanse is awash in indirect light. These features are as much as aspect of design as they are safety, as the Washington Metro subway stations provide few if any dark crannies in which crime can hide. First time riders will also be amazed at the sheer depth of these Metro stations. Some stations reach down 200 feet below the surface, providing for one heck of a long, slow ride into the caverns below.