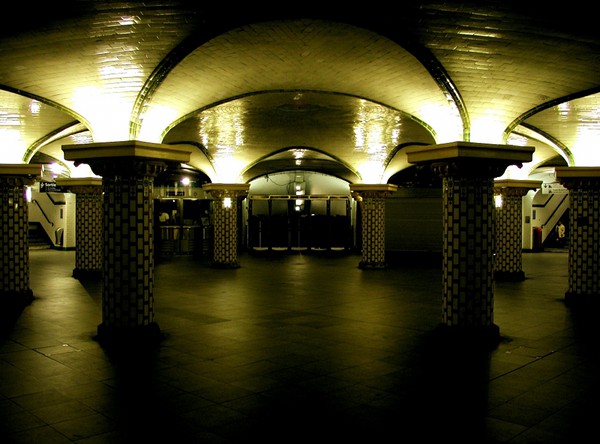 When it comes to old world subway stations, this is as old world as it gets. The Paris Metro subway system will turn 112 years old this year, its history reflecting Parisian pride with an Art Nouveau sense of style. The design character of its stations span the whole reach of classical to modern, separated by basic designs that are purely functional. The city of Paris has maintained the allure of many of the original stations that have an almost storybook character. But those of modern Paris reflect the city’s evolution of culture throughout the centuries.