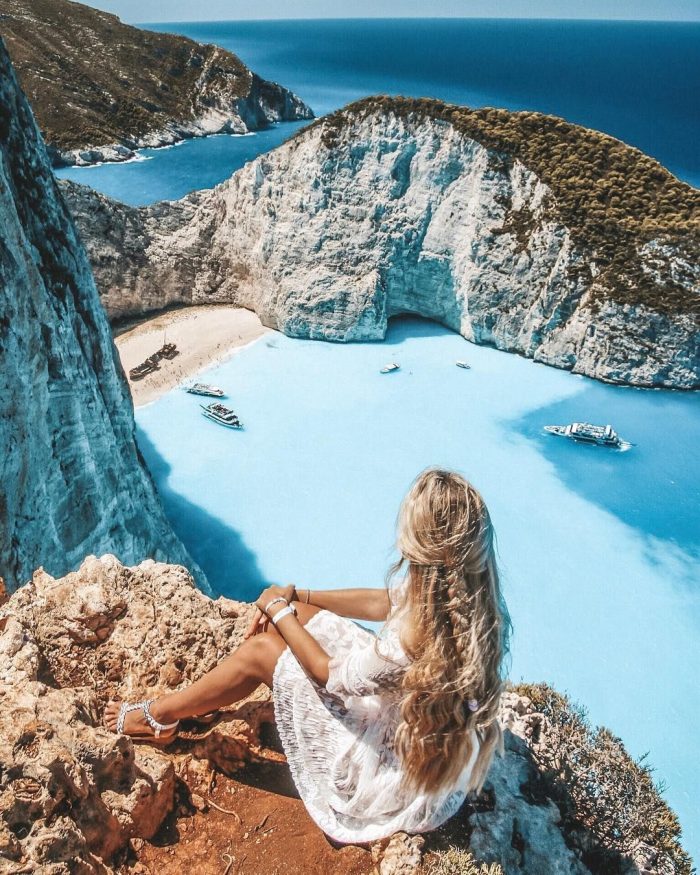 An exposed cove on the coast of Zakynthos in Greece’s Ionian Islands, Navagio Beach, also known as “Smugglers Cove”, looks like a landscape right out of a fairytale book. It is the perfect destination for those on the lookout for a beach with a thrilling history. The name Smuggler’s Cove is derived not from the hidden location of the beach, but a ship believed to belong to a group of smugglers that is buried in the sandy dunes of the beach. On October 2, 1980, stormy weather and poor visibility forced a freightliner called the MV Panagiotis to run aground near the cove. Some people claim that the ship was carrying smuggled cigarettes, wine, and even women. Besides this ship, the Smuggler’s Cove also features limestone cliffs, clear blue waters, and white sandy beaches.